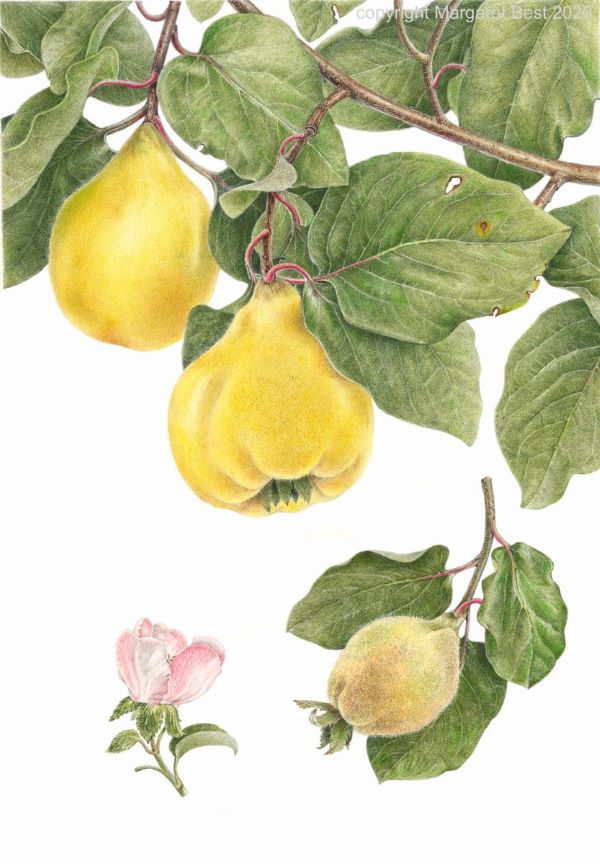 Every time I hand a painting to a courier I do so with trepidation. This week my trepidation was justified.

I shipped my painting for the ASBA’s Abundant Future exhibition with FedEx Express. En route from my home in Chester Basin, Nova Scotia to The New York Botanical Gardens, it disappeared. I am horrified at the realization that my painting was lost in transit and that I’ll never see it again.

First a representative told us that upon arrival at the FedEx hub in Memphis, they X-rayed the package and found that it “had no contents”. Consequently, they sent it to the “Overgoods” department. Then later they told us that the package was missing. Still later, another FedEx representative confirmed that they had found the package in the “Overgoods” department. But the painting was not in it. The latest is that the entire package is missing and that we should file a claim. It seemed definite at this point that my painting was lost in transit.

I don’t have enough room here to detail the telephone conversations and emails that we have exchanged with FedEx so far. I can tell you though that it has involved about a dozen FedEx representatives. We’ve been all over the map, from Jimmy in Guatemala to a manager in Vancouver.

I don’t expect to ever know precisely when or where my painting disappeared. But it had to be on the 26th or 27th of July somewhere along it’s torturous journey that started in Chester Basin. Before arriving in Memphis, it went through Dartmouth, Goffs, Dieppe, Mirabel, and Mississauga.

We’ve had well over twenty years of experience shipping with FedEx and other couriers so Michael couldn’t have packed the painting any better. He packed it in a cardboard portfolio which he wrapped in a water-tight plastic sleeve and sealed in heavy brown wrapping paper with parcel tape. He labeled it properly and accurately and provided complete documentation. In short, everything one does to facilitate an incident-free delivery, was done.. What one doesn’t expect to have to guard against is the mysterious disappearance of the contents of a package. Particularly while it is in the custody of a major courier. And, more particularly, one that claims to offer “speed, precision, and reliability.”

And then as if to add insult to injury, the latest email communication declined to answer questions and advised instead that I should file a claim. It concluded with this infuriating statement probably cut and pasted from a manual of cold, impersonal and indifferent standard responses: “Thank you for your feedback concerning this service issue. We appreciate your business and look forward to serving your future shipping needs.”

Look forward to serving my future shipping needs? You mean ship my artist’s proof to hang in place of the original you lost?

Management staff at FedEx Canada have become involved and are conducting a detailed investigation. They say that they are trying to determine where and who opened the package en route. It has been 21 days since we filed a claim with FedEx but we’re now fourteen days beyond the promised time of a “response within seven days”. Meanwhile, DHL delivered the artist’s proof to the Bronx. But even then the service was somewhat lacking. They picked it up a day late and delivered it four days later than scheduled.

So what to do next time? Hello UPS?

Persistence on our part has finally led to the intervention of senior management. Today, some 30+ days after they reported that the painting was missing, we agreed compensation (more about this in a later post). And apparently FedEx has launched an internal security investigation. To be fair, a few of the representatives tried to help but were seemingly constrained by a lack of authority and probably the obstacles inherent in all large bureaucracies. The senior manager in the latest conversation in particular was polite, concerned, sincere, and admitted to the failure without trying to sugar coat it. He also provided all his contact information. One has to respect that.

Apparently the internal investigation has yielded nothing. It’s now definite—my painting was lost in transit. And today, just over 60 days since this saga started, FedEx delivered a compensation cheque. Interestingly, not by FedEx overnight courier, but by mail. Oh well, as that old expression goes, it’s better than a poke in the eye with a pointed stick.

Fortunately, I have a good scan of Cydonia oblongata “Portuguese” and am therefore able to us it as an illustration in my e-booklets.