It’s the process that leads to success 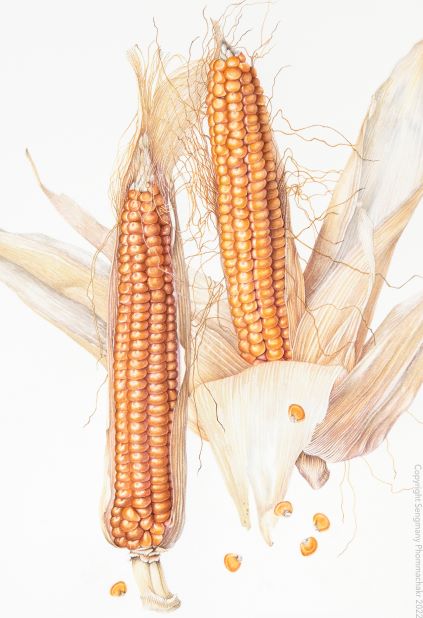 Sengmany (Seng) Phommachakr of Ottawa has just been announced as the first recipient of the ASBA’s Lizzie Sanders Memorial Award, created in memory of Lizzie Sanders, a widely-admired botanical artist who passed away in 2020. Seng’s work is outstanding and it’s not just generally pleasing to see someone deservedly recognized but, from a specifically selfish perspective, it’s also gratifying.

It has been my pleasure to help guide Seng on her botanical art journey from the time we first met at my workshop at the annual wild flower festival in Southern Alberta’s Waterton National Park in 2016. She already had an intense interest in botanical art stemming from her botany degree from McGill University. A number of workshops and mentoring programs later, she is not only the recipient of an award but has also been accepted into international juried exhibitions. For an educator, the success of a student is the ultimate reward.

Seng is a member of the Botanical Artists’ Guild of Southern Alberta (BAGSA) which has also had three other artists accepted into ASBA’s 25th International Juried Exhibition. Recently I presented to BAGSA on the importance of an established process starting right from specimen discovery and inspiration through to the final stroke, as the invisible force to lean on and be guided by, no matter what the challenges along the way may be. You need look no further than Seng for confirmation of this. As she told me after hearing the wonderful news of the award, “I have come to realize that it’s definitely the process of creating a botanical study I enjoy the most. It’s not the product – I simply love the process. It’s why I am compelled to do this.”

With Seng’s permission, I have shown here a section of a recent work by her demonstrating a masterful use of neutral colours on a tricky, predominantly pale subject. This piece was included in my e-booklet, Natural Neutrals in Watercolour. It presented Seng with the usual challenges associated with complex structures and colouring but the fact that she patiently pushed on with her established process shows in the incredible result.